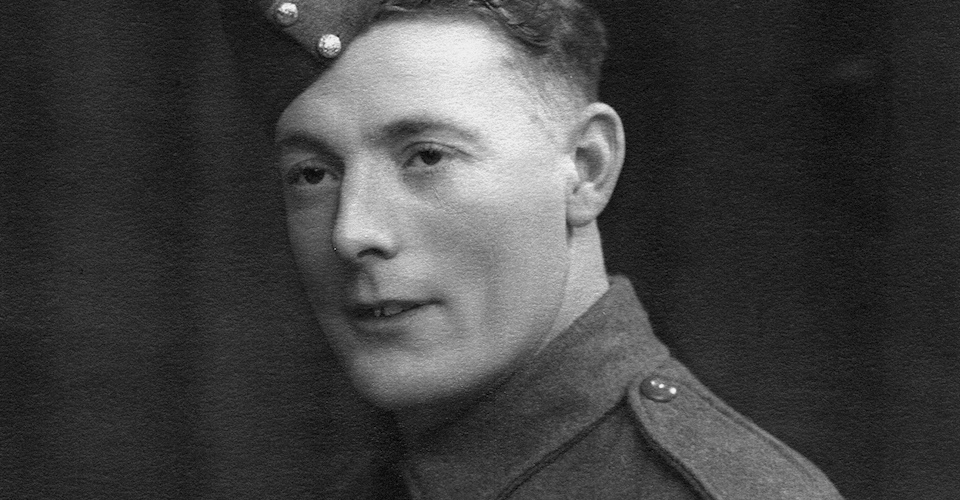 Sergeant Major Stanley Hollis was an unlikely war hero. A navigation officer born and bred in Middlesbrough in born in 1912 was the only man to be honored by the Victoria Cross for his efforts in D-Day in 1944.

At the age of 12,Stanley Hollis joined his father’s business and worked in the family fish shop for five years until he became an apprentice navigation officer with Rowland & Marwood Steamship Company of Whitby.

Stanley Hollis joined the Territorial Army’s 4th Battalion, The Green Howards in 1939, just before Second World War had began, whilst working as a lorry driver for the Crossley Brick Company in Middlesbrough.

Stanley Hollis’ life changed , in April 1940, he was ordered to France as a member of the 6th Battalion Green Howards , where he joined the British Expeditionary Force and employed as his commanding officer’s dispatch rider.

But it was his actions on June 6 1944 that earned him his celebration as the soldier’s soldier. As day broke, Stanley Hollis, was one of the first Soldiers to land in Normandy with his fellow soldiers welcomed by fire and hand grenades After they went towards Mont Fleury Battery, the commanding officer discovered two by passed German-held pillboxes that Hollis went to check. When he was only 20 yards from the pillbox, machine-gun fire erupted. A Brave Stanley Hollis went towards it and fired his gun. He climbed on top of the pillbox before throwing a grenade through the door and firing his Sten gun. Amid the action, he killed two enemy soldiers and took others prisoner whilst saving his fellow soldiers from fire.

His D-Day effort were far from over though. Stanley Hollis was in charge of a number of soldiers in the village of Crepon when they were met with enemy troops. Despite being struck by a sniper’s bullet on his right cheek, the heroic soldier and his party killed two enemy soldiers and seized their weapon. When the Middlesbrough born Hollis later realised that two of his men were trapped in a house, he went forward on his own, fired a gun at the enemy and freed the soldiers.